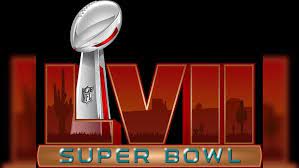 Football season has officially concluded, but the NFL never stops. Teams are already scouting prospects for the NFL Draft and looking at the best free agents. This means football betting never stops as well.

There are many people giving free betting picks for Super Bowl LVII. It’s never too early to start looking at who will win the big game next year. Bookmakers posted the odds as soon as the Rams were victorious in Super Bowl LVI.

If you are interested in who will win the big game, let’s break down the teams that have a chance to prevail next season.

The team that we must discuss is the Los Angeles Rams because they won the big game this year. If you are high on Los Angeles, I do not want to deter you from placing a bet on the team. Although, it’s very hard to win two Super Bowl championships in a row.

It takes a lot out of a team to get to the big game. Additionally, every team circles their game on the schedule the next season. People want to take down the reigning champs. This was clear when we look at the Buccaneers this season.

Every team gave Tampa Bay a fight, and it caused the team to lose starters. This ultimately led to the downfall of the Buccaneers. I do not believe the Rams have the stamina to do it again in 2022.

Cooper Kupp is electric, but Los Angeles will not have Odell Beckham Jr. next season. The Rams sold everything to win this year, which will not help them next season.

There are not many people who believe in the Bengals. However, Cincinnati is in great shape, heading into next season behind Joe Burrow. Burrow is one of the best young quarterbacks in the NFL. He showed the league a lot this season, especially when you look at the fact that he had no offensive line.

The Bengals also have Ja’Marr Chase, the Rookie of the Year at receiver. There is no denying Cincinnati has issues, and they are in two locations. The offensive line and secondary for Cincinnati need a lot of help heading into the season.

The way to patch issues is with money. The Bengals have a ton of money heading into the season. They have the third-most cap space of any team in the NFL. At +2000, you cannot count out the Bengals.

The Kansas Chiefs are second in the betting market behind the Bills to win Super Bowl LVII. The Chiefs are the best team in football because of Patrick Mahomes. Mahomes is the best quarterback in the NFL.

He can make so many plays, and any team with him has a chance to win football games. They also have Tyreek Hill and Travis Kelce, who are superior weapons. Kansas City is +750 in the future markets, which is a great bet.

It’s hard to remember the last time the Chiefs did not win the AFC West. They have also been to the AFC Championship or Super Bowl every season for the last four years. The AFC West is improving, but Kansas City is still one of the best teams in the NFL, and this will not change.

The Buffalo Bills are the most likely team to win the Super Bowl next season. However, I am not sold on Buffalo for a variety of reasons. Their value in the future market at +700 is not great, and it’s going to change after free agency.

Josh Allen is a sensational quarterback, but the Bills have not been able to get over the hump in the past few seasons. When they get over the hump, the team may struggle in the Super Bowl.

If you want to bet on the Bills, I would wait to see if their odds improve.

Everything You Need to Know for March Madness

How to Get Better at Video Games: 8 Helpful Tips

7 Tips to for Motorsports Racing